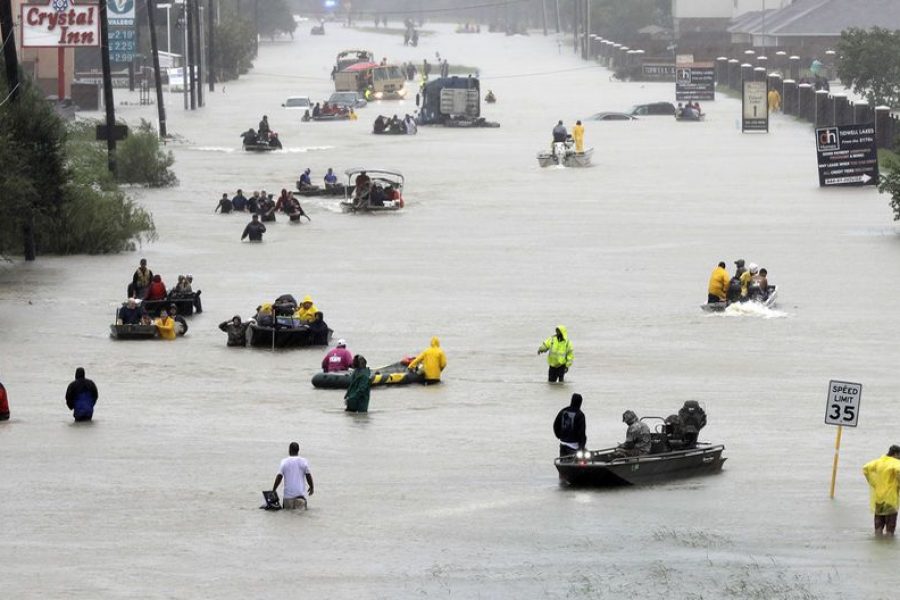 Rebuild Houston is a direct result of City of Houston voters approving Proposition One on November 2, 2010. The proposition directed the City’s Charter to “be amended to provide for the enhancement, improvement and ongoing renewal of Houston’s drainage and streets by creating a Dedicated Pay‐As‐You‐Go Fund for Drainage and Streets”.

Soak it up: China’s ambitious plan to solve urban flooding with ‘sponge cities’

Sponge City Construction in China: A Survey of the Challenges and Opportunities

Out of the United States LID template copy the limitations

In recent years, although local governments have invested a lot of manpower, material and financial resources, committed to the elimination of urban waterlogging, but the effect is not obvious. In July this year, heavy rains, the country’s 30 “sponge city construction pilot cities” in 19 are still caught in the “look at the sea” embarrassing situation.

In this regard, Qin Shengyi said that although the cause is multifaceted, but the core common problem only two: on the one hand, the traditional through the “drainage” flood discharge and drainage methods, has not adapted to extreme weather storms storms need; , Sponge city construction is a new thing, we know different, most still remain in the LID technical limitations.

LID is an abbreviation for the English word LowImpactDevelopment, a low-impact runoff suppression technique or a low-impact development model, which is an innovative rainstorm and rainwater management model that was used in the 1960s in Maryland, USA. The LID model is designed to achieve non-point source pollution control, flood reduction, and landscape ecology and soil and water conservation through small, easy construction and maintenance of low cost facilities. The aim is to reduce the impact of development and construction on the ecological environment, the goal is through the penetration, filtration, storage, evaporation and other methods to maintain the site before the development of water distribution, replacing the traditional civil engineering in the “pipeline and pond.”

When there is a large area of ​​precipitation, rivers and lakes water level is high, with the row of the method not only can not excrete floods, but easy to form an inverted irrigation; even in low-lying water points using “transfer pool + pump pumping” fast row way, it is difficult to eliminate City waterlogging.

Qin Shengyi stressed that China’s urban construction planning and ecological design level as a whole lower than the developed countries in Europe and the United States, especially in the past ten years by the real estate caused by the rapid expansion of the city, almost caused by catastrophic water and soil ecological deterioration, large-scale hardening pavement directly led to Urban water and soil suffocation … … Therefore, in the sponge city construction, only the use of LID technology to build some grass ditch, wetlands, rain garden and other engineering measures, although played a role in absorbing rainwater to reduce surface runoff, but can not completely eliminate strong Heavy rain caused by low-lying waterlogging. Therefore, he believes that the construction of sponge city can not simply copy the US model, to innovative ideas, according to local conditions, more exploration to meet the local development model and path.

Technology research and development is Qin Shengyi’s “housekeeping skills.” Graduated from the Nanjing Institute of Engineering Qin Shengyi, more than 30 years to the “sand industry” development, through a small wind gushing sand made more than 300 original invention patented technology. He founded the Renchuang Technology Group Corporation has “the use of silica sand resources, the State Key Laboratory”, commitment to more than 20 national science and technology and the Beijing Municipal Science and Technology Commission project. He made the wind in the desert sand into a new type of permeable building materials – ecological sand, to achieve a “sand to rule.”

Qin Shengyi on their own invention and application relish. He told reporters that the research and development of water permeable materials, as early as several years ago has been successfully applied to the Olympic project, Zhongnanhai office area, the 60th anniversary of the National Day Chang’an Street renovation project, the Shanghai World Expo China Pavilion, Tianjin Eco-City Engineering. Light a sand-based permeable bricks, you can set out on the ten kinds of advantages: benevolent permeable water permeable water is very fast, can reach 780 kilograms per square meter per hour, so withstand this year Beijing 720 heavy rain test , The laying of Ren Chong Chuang tiles of the Olympic underground square without any water; Ren Chong water brick surface is dense, not easily blocked by dust, water years up to 30 years or more, effective water permeability is 10 times the ordinary permeable brick … …

Qin Shengyi said, crack the city “see the sea” problem, it is necessary to concept innovation in place, but also technical innovation. He believes that China’s urban flood discharge and drainage should be the traditional single “drainage” approach to “infiltration, lagging, storage, net, with the row of” sponge system, especially the adoption of sponge city building 4.0 version of the core technology – Distributed urban underground reservoir “, in situ consumption of surface runoff rainwater, to achieve flood control waterlogging.

CCTV reported cases, that is, the Beijing Municipal Government in order to eliminate Wanquan River water points and the construction of the Ren Chong Technology Group completely independent intellectual property rights of the “distributed underground stealth reservoir” technology system. Its “collection filter subsystem” is located in Wanquanhe Road and the new intersection of Palace Road, “Silica honeycomb structure underground stealth reservoir” built in the Wanquan River Bridge water point about 100 meters upstream – Zhongguancun National Independent Innovation Demonstration Zone show Central East Plaza lawn, the collection of Haidian Park Northwest area of ​​412,500 square meters of runoff rainwater, interception stored in the underground stealth reservoir, in the elimination of Wanquan River waterlogging waterlogging at the same time, to achieve the use of rainwater resources, that is, the collection of rain Used to replace the tap water rinse and the surrounding green water and Haidian Park landscape lake water and so on. The project since its inception in August 2013, withstood a number of heavy rain severe test, are effective to avoid the Wanquan River bridge water. Project accumulated collection of rainwater more than 100,000 cubic meters, the long-term follow-up monitoring by third parties, water quality to Ⅲ ~ Ⅱ surface water, the Ministry of Water Resources as “advanced water technology practical demonstration project.”

“Ren Chong distributed underground stealth reservoir” technology system with “silica sand manufacturing energy saving, underground construction section, the module assembly section, the use of water-saving floods” and other “four” features, it was also included in the Ministry of Housing “sponge city Construction of advanced and applicable technology and products “directory.

According to incomplete statistics, the current “Ren Chong distributed underground stealth reservoir” technology system has been successfully applied to the transformation of the old city of Beijing, the Olympic project and Xiamen, Chizhou, Nanning, Guiyang, Suining and other sponge city construction pilot cities more than 300 Drainage and waterlogging projects, have achieved good results.

However, how is the PPP project profitable? How long is the profit cycle? This is the key issue of private capital concerns. If the investment into the return rate is too low or the return cycle is too long, or even simply difficult to return, certainly can not attract private enterprises and social capital. So, how to make sponge city construction PPP project from pure public welfare both operating it?

Qin Shengyi proposed, first of all to solve the sponge city construction PPP project into the threshold of the problem.

In the developed countries such as Britain, Canada, Australia and other developed countries, PPP projects have chosen more than public facilities and services in transportation and waste disposal, but PPP projects are not too high in the total investment in public projects. But in Australia, although PPP cooperation projects account for only 10% to 15%, 50% of its infrastructure is provided by private projects.

In view of the above situation, Qin Shengyi put forward two suggestions:

Second, the establishment of rainwater management system, through the rainwater resources utilization tax reform to speed up the sponge city PPP project transformation profit. The essence of capital is “profit”, to solve the urban floods, and promote the use of rainwater resources under the premise of ensuring private capital from the sponge city construction projects in the normal profit, PPP mode has vitality.

Sponge city construction work is in full swing, the new urban and old city transformation of the “sponge development” huge space. Qin Shengyi said that as long as there is a good cooperative operating mechanism, sponge city PPP market prospects.